One of the fascinating things about being a musician is that you can perform the same piece that has been played by thousands of musicians for centuries – while still communicating it in a way that makes it sound completely unique.

What allows such individuality? Your interpretation.

Interpretation can bring a piece of music to life and put an artist into the spotlight if executed well. Conversely, it can also become a byword for sloppiness and inconsistency, where musicians put their mistakes down to the excuse, “Oh, but it’s just my interpretation.”

To avoid being labelled a haphazard virtuoso, it’s really important to have a philosophy behind “interpretation” – something British pianist David Hall believes we owe to our audience. Here, David describes three approaches you can take when interpreting a piece of music – and how understanding these approaches will make you a better musician.

In 1959, Miles Davis and Gil Evans recorded a version of Rodrigo’s “Concierto de Aranjuez”. Gil Evans had no copy of the original guitar concerto, so he listened to a recording of the haunting second movement and wrote down what he heard. He then scored the music for his soft brass/jazz band and added a newly composed middle section. Miles Davis played the melody on flugelhorn and trumpet, necessitating a completely different interpretation than any guitarist would give:

This is a sublime illustration of a creative interpretation that transcends the original score. It also shows that in order to re-imagine a piece of music and make it your own, you need to use your imagination. Listen to a piece in separate parts, and consider how the different sections make you feel – even writing down the emotions the music conjures. This will help to colour the tone of your rendition, and you can use tonal variations to enhance the mood you want to convey.

If you don’t know Miles Davis’ recording, listen to Sketches of Spain now and enjoy!

(And for another great example of creative re-interpretation, listen to George Gershwin’s own piano arrangements of the songs from his shows.)

Steal – and then make it your own!

There are countless examples of performers and composers borrowing themes as the source of inspiration. Rachmaninov wrote variation sets on themes by Paganini, Corelli, and Chopin. Benjamin Britten took a theme by Purcell as the basis for his “Young Person’s Guide to the Orchestra” And Mussorgsky’s “Pictures at an Exhibition” is best known in the orchestration by Ravel.

J. S. Bach was also a keen arranger of music – and several of his best-known organ pieces are actually arrangements of string music by Vivaldi and Telemann. Throughout the 17th and 18th century, most keyboard players were adept at improvising variation sets. Handel and Mozart were famed for their variation skills at the keyboard, and what they wrote down is only a tantalizing glimpse of what they may have performed.

Try this at home: Take a simple nursery rhyme or folk song and play it with a Haydnesque texture. Then try moulding it into 6/8, changing it from major to minor, playing it as a march and then a waltz. Then maybe improvise an extended coda based on a perfect cadence littered with scales.

When you are interpreting a piece of music, it’s often helpful to have a broader understanding of the composer and the culture at the time they composed the piece. That’s why many performers study the life and music of a composer before trying to create a performance that is historically authentic.

Historically informed performance is an approach to interpreting music that aims to remain as faithful as possible to the style of the era in which the music was written. This can be done by simply mimicking the stylistic and technical practices of the time, or going a step further, even using period instruments to play the piece!

This practice started in the 1960s as an obscure and interesting pursuit, but has since become the norm. Recordings by performers like Ronald Brautigam, Trevor Pinnock, John Eliot Gardiner, and Ton Koopman are historically performed – they are vibrant and exciting and ear-opening:

In music, a little context goes a long way. If you choose this route to interpretation, arm yourself with some knowledge about the composer, their life and culture, and their motivation for writing the piece of music. Not only will it help you play the piece to its full potential, but it’s fascinating in itself to learn about the origins of a musical masterpiece.

Dr. Gonzol, Director of Music Education at Shepherd University, Shepherdstown, West Virginia, summarised the need to realise a composer’s intentions before performing their music when he said:

All the best professional and amateur musicians, from Ella Fitzgerald to Paul McCartney, Adolph Herseth to Johann Sebastian Bach and Clara Schumann to Jean Ritchie, all made sure to know their field thoroughly and well. They knew their own performing skills, other performers, the repertoire, the history, the theory, the business, the culture, the people, everything. One can sing a melody or play a harmony, only if one really understands how those melodies or harmonies have been valued in their particular culture. How they have been performed, thought about, composed, improvised, listened to, danced to and worshipped to.

3. Enjoy a piece of music and make your own decisions

So we’ve talked about the extremes of the interpretation spectrum: the complete re-imagining and the complete faithfulness to the original.

Time to explore the middle ground.

Take a listen to this string quartet playing Schubert:

All chamber music players love to interact with each other to develop a performance. These chamber musicians and concerto soloists’ performances are frequently described as witty, sparkling, and inventive. Sounds like the dream, right?

When relating this example to your musical interpretations, remember that many aspects of a “witty, sparkling, and inventive” performance cannot be embodied in the score. When you play in an ensemble, it is important to listen to the other players and respond to their ideas. You have to make decisions about which melodic line is the most important, whether or not it is appropriate to be flexible with the tempo, and where each phrase reaches a climax. You can make these decisions in rehearsal or even spontaneously during performance.

A Little Help From Your Friends…

While incorporating your own ideas into a piece is a very genuine way of creating a fresh performance, it’s also a good idea to run your innovations by musical collaborators, colleagues, and friends. They may help you to solidify your interpretation and make it even more meaningful.

Try this at home: Take a substantial work by Schubert, Grieg or Brahms, and create an entire narrative based on a story or a set of emotions. Then think about each 4-bar phrase in turn. How can you best convey the mood or tell the story? Where does each phrase climax? Can you use some rubato here and there? Can you add some extra dynamic variety?

Shaping Your Own Rendition

These three approaches to interpretation are equally valid. Each has resulted in great music-making and fantastic recordings, and as performers, we should remember the many avenues available to us when we play the music of another.

What piece have you been dying to play? Do you want to follow in the footsteps of the composer to a “T”, change some elements of the music while retaining the basic idea, or re-imagine it completely? Whichever you choose, your interpretation will be a welcome addition to the music’s own special mini-universe – where the music is played again and again by different musicians, and no two versions are exactly alike.

Interpreting music is an exercise that really pushes you to hone multiple musicality skills at once – it can encompass active listening, sight reading, sight singing, transcription, and even composition. Take the challenge – imagine and realize your favourite piece in a whole new way! 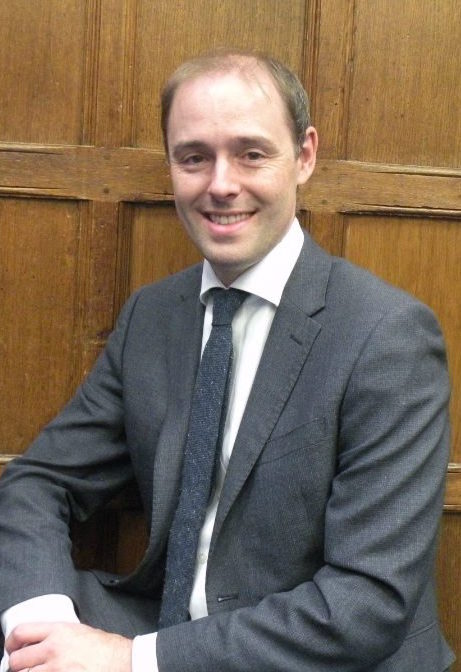 David Hall is the course director of classical piano at Finchcocks, the newly transformed piano school in Kent in the UK, where he teaches piano courses for adults of all levels. He studied the piano with Laura Cole and the organ with Anne Marsden Thomas at the Royal Academy of Music. Learn more about David and his teaching on his Finchcocks profile, and visit the Finchcocks website to see the range of programs and amenities offered.

The post 3 Ways to Interpret Your Favourite Piece of Music appeared first on Musical U.