“Fake news” may be a term that’s only recently made its way into the zeitgeist, but the vocal world has been full of half-truths and straight-up myths for quite a while.

Founder of the nonprofit music school Molly’s Music, music blogger, and vocal teacher Molly Webb debunks five myths that have been propagated in the vocal world, why they’re nonsense, and the proper practice that will actually help you achieve your singing goals.

Because vocal instruction was going on long before researchers had the ability to look at what was going on anatomically, not everything passed down from teacher to teacher over the years has been accurate. As a result, vocalists have been particularly susceptible to misconceptions and fear mongering about vocal health.

Myth 1: You Should Sing From Your Diaphragm

I can’t tell you how many students come in who’ve been told by “experts” that their voice isn’t working well because they aren’t singing from their diaphragm. Unfortunately, this doesn’t mean what the experts think it does. 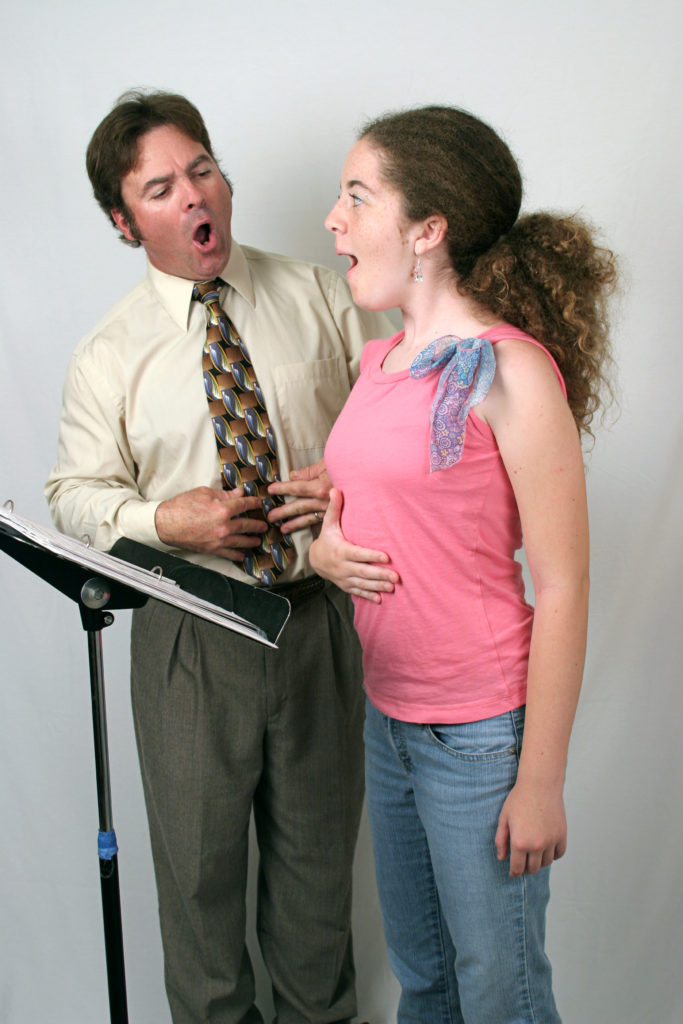 It isn’t wrong to say that you should be using breath control and that your belly should be moving, but even these aren’t very helpful instructions. When you inhale during singing, you typically want to allow your ribcage to open and your belly to relax. On your exhalation, you want to hold back some air and keep your ribcage open, so that your diaphragm rises more slowly. This way, you’ll get a more powerful, clear-toned sound instead of one muffled by air. Don’t worry: you don’t even need to know where or what your diaphragm is to make this happen.

Myth 2: Your Larynx Should Remain Low or Neutral at All Times

I believed this one for years because I got Speech Level Singing training as a teenager. You’ll often hear that there’s a specific position your larynx, or voice box, should remain in. Sometimes it’s low, sometimes neutral. Rarely do you hear anyone say it should stay in a high position.

Your larynx should be allowed to move around freely when you sing. For the extremes of your high range, even if you’re singing opera, your larynx needs to rise a little bit, and for the extremes of your low range, your larynx needs to fall a little bit. Learning to move your larynx around is important for stylistic purposes as well. While a mostly low larynx might be perfect for opera, it would sound absurd in a performance of “American Idiot”. And while a mostly high larynx is great for alternative rock, you don’t want to show up for your Met audition with that tone.

Allowing your larynx to move around is perfectly healthy, as long as you’re well supported and your false vocal folds remain unconstricted.

Myth 3: If You’re a Female Vocalist Who Can’t Sing High, You Are an Alto (or Contralto) 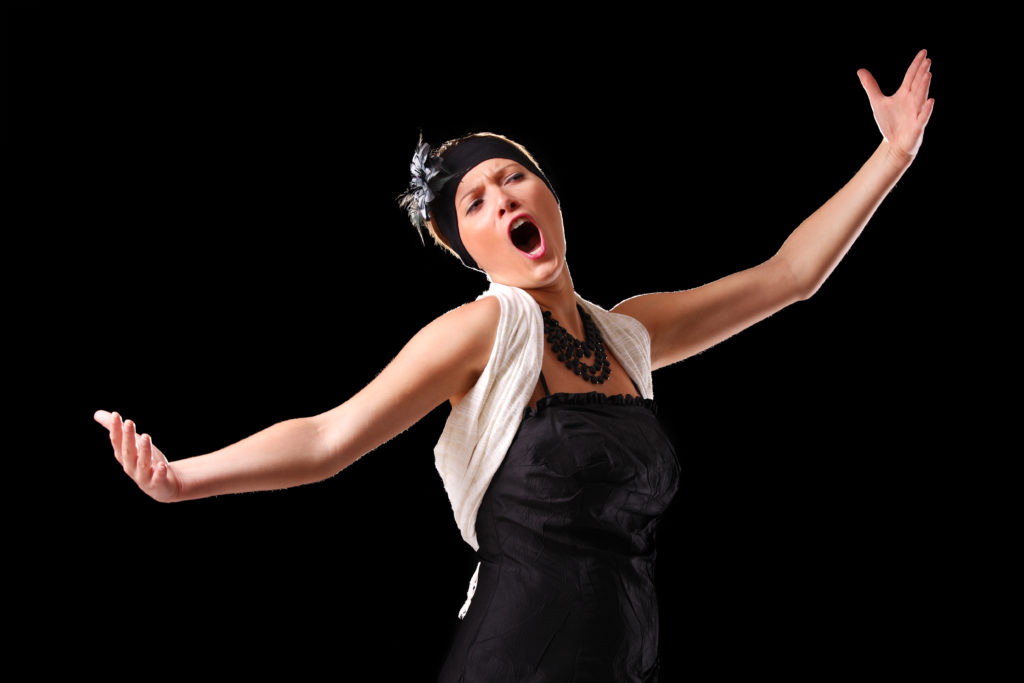 This one tends to be propagated mainly by choir directors. There are more sopranos than altos if we’re categorizing singers according to the Fach system, but directors will (understandably) find it more expedient to simply put everyone who isn’t comfortable with high notes in the alto section to help fill it out.

If you can’t sing high, there’s a very good chance you’re a soprano who hasn’t had much vocal training on high notes. Fach has to do with vocal weight and color as much as it has to do with high notes. High notes are something you can learn to hit by working on breath control and learning to thin out your vocal folds. So while it isn’t inaccurate to say you’re in the alto section in your choir, it’s important to note that you may be perfectly capable of singing soprano vocal literature once you train your voice in that direction.

Myth 4: If You Sing Classical (or SLS, or Any One Technique or Genre) You Can Sing Anything

I hear this one a lot. “You should start with classical training, and then you’ll be able to sing the music you love in a healthier way.” Or more recently, “You can apply Speech Level Singing to any type of music.”

Don’t get me wrong: there are very important crossovers. Pitch, great support, and breath control technique, along with vocal health musts like false fold retraction, are important in most styles you’d want to sing. But if you want to be a pop singer, you should focus heavily on learning to sing pop music, along with all the ins and outs of pop stylization. If you want to sing Disney or contemporary musical theatre, like Jason Robert Brown, SLS is a fantastic way to go. And if you want to sing opera and other forms of classical music, then by all means, focus on classical training.

Myth 5: Vocal Damage is Always due to Poor Technique

There’s something about vocal training that leads to a strange form of Puritanism. When a great athlete gets injured, the public doesn’t immediately start preaching about his or her poor technique and training. 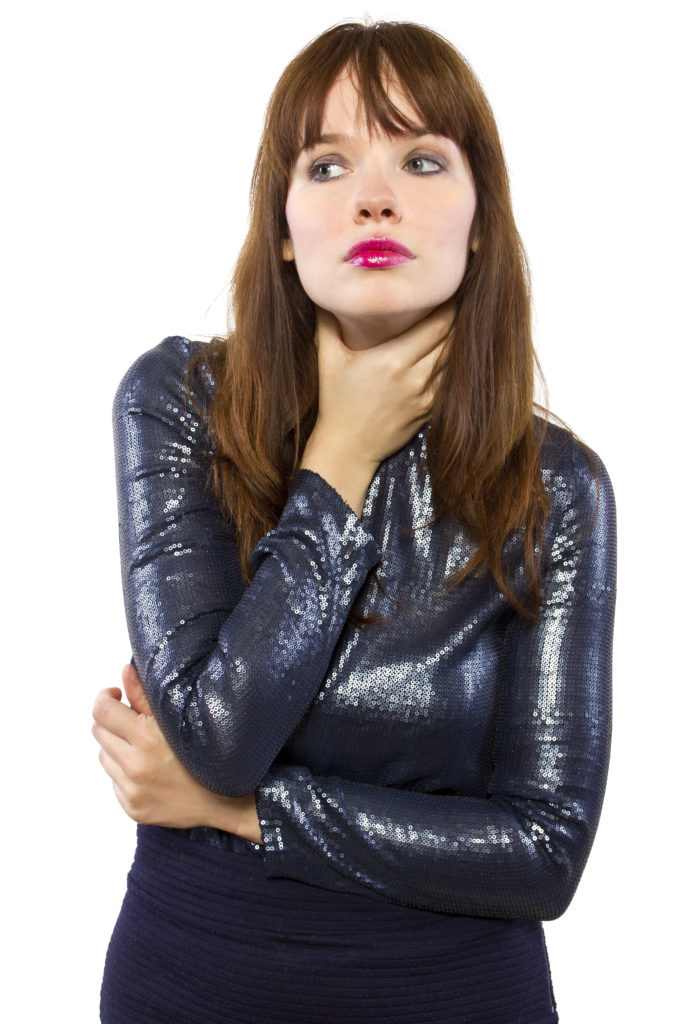 But vocal injuries tend to be met with Internet comment sections full of sanctimonious musings on what things would look like “if only Adele had used healthy technique!” or “learned to use her diaphragm!” or (weirdly) “stopped using vocal fry!” Listening to the peanut gallery, you almost get a sense that a lot of people vindictively feel that the singer got what she deserved.

Look, don’t get me wrong. Unhealthy vocal technique can and does lead to vocal injuries. In fact, if Adele had been gently crooning all her songs instead of belting night after night on tour, it’s likely her voice would have held up longer (and also that fewer people would be listening to her, but that’s a whole different argument). In any case, it’s not that simple.

There are a wide variety of factors that lead to vocal injuries – particularly singing on tour night after night, regardless of your health and energy level. Singing when you’re stressed, when you’re worn out, when you haven’t gotten enough sleep or had enough water, and particularly when you have a preexisting vocal condition, like a bacterial infection you’re trying to fight off, can lead to trauma. While your technique might be fairly solid at the beginning of a tour, exhaustion and wear from illness and constant use can lead to over-pushing and tension.

Be a Vocal Mythbuster

The vocal world is full of misinformation. In fact, this post contains just a few of many myths that have been passed down from voice teacher to voice teacher over the years.

All this said, rejecting vocal myths outright can be risky too. So, when you meet what you suspect to be a vocal myth, first determine where the myth came from, why it’s still in the ether, and whether there’s any kernel of truth in it that can be useful to singers. 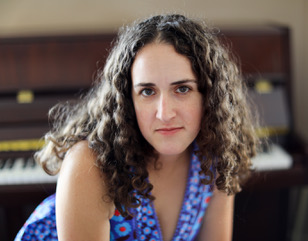 Molly Webb is a well respected and sought-after vocal teacher who runs a nonprofit music school based in Southern California and maintains a music blog. She’s about to launch an instructional video series on singing and a low-cost subscription service that will allow people all over the world to get quick feedback and pointers on their singing.

The post 5 Myths About Singing: Debunked! appeared first on Musical U.