Your bandmates are your brothers and sisters-in-arms, your musical co-conspirators, your toughest musical critics, yet your biggest fans. You share a musical synergy that is evident in your jam sessions, your recordings, your live performances.

So… how did you meet them? Was it at a gig, a Craigslist classified, or through a friend?

Their band chemistry was immediate, with songs becoming organically being born out of jam sessions, and the band’s signature sound being cultivated by the members’ fondness for classic rock, metal, and indie music.

Musical U interviewed the band on their individual music journeys and influences, the point at which these journeys fatefully intersected through the Vampr app, and the band chemistry and musicality that has informed their melodic, guitar-driven sound.

Q: Hi guys, and welcome to Musical U! Let’s start off by talking about your individual journeys before the band. How did each of you get into music? 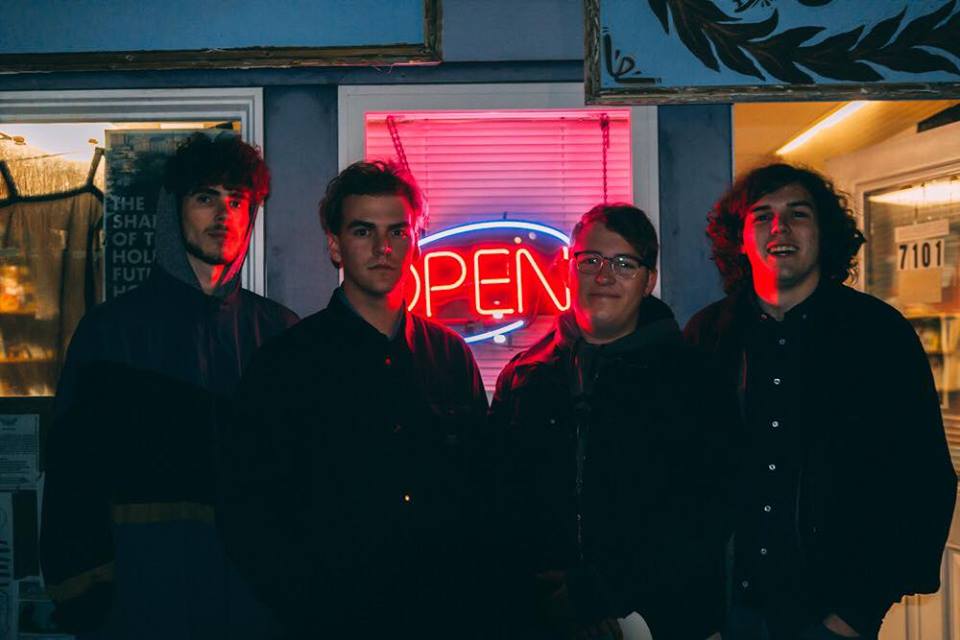 Ben (Vocals): I began singing from an early age and took up singing classes until I worked my way to my high school’s vocal ensemble, while learning guitar.

Danny (Drums): My dad plays drums so I was always around music growing up. He taught me the basics at an early age, and the rest is history.

Spencer (Bass): I started off by picking up the guitar when I was about 11 years old. From there I branched out to bass, drums, anything I could get my hands on.

Brad (Guitar): My family always had lots of music playing and after I got into 60’s era blues music at the age of 10, I was inspired to start playing the guitar.

Q: So all four of you were exposed to music quite early in your lives! What were your musical influences?

Brad: The Strokes, Albert King, The Black Keys, and Turnover.

Q: We heard about you through our friends at Vampr. Tell us more about the app and how it brought you together.

We were all super excited to have found the app and to be able to use it to connect with each other.

There were sites like it before, but Vampr stands out because it’s more accessible and directed at musicians trying to form a band.

Every member of our band is extremely dedicated, which is a huge reason why we were all persistent in finding other like-minded artists. This drives the way our band writes and interacts; we all have high hopes for the future!

Q: You also met your producer – Grammy-nominated Billy Mohler – through Vampr. Tell us more about the experience of meeting him and working with him. How has he shaped or complemented your band’s creative output?

Working with Billy Mohler was an amazing time. It allowed us to get a first hand experience of what it’s like to work with a producer in a studio. This was before we had a bassist, so Billy Mohler actually tracked bass on our first single, “Afterlight”:

Unfortunately, we only had the opportunity to work with him for one song; all of our upcoming music will be self-produced.

Q: We at Musical U love your sound. What inspires and drives it?

That’s very kind. Our writing is very organic; we don’t try to sound like anything specific. However, with our aggressive drums, melodic bass lines, tasty guitar riffs, and subtle harmonies, we embody the California indie rock sound with a unique twist.

Q: Speaking of aggressive drums – to my ears, a big part of your sound is the phenomenal out-in-front drumming, where the drums almost take a lead role. How did that come about?

Danny: I grew up listening to lots of metal where up-front, intricate drumming constantly drives songs. While adapting to a lighter genre of music in Carpool Tunnel, I try to still accentuate my drumming with my metal roots, creating a unique blend. Another factor may be our recording process: we record drums first, then we build our songs around the drum tracks.

Here is a music video of our song “Hooked Again” off our Debut EP “Getaway” that features film from our recording sessions:

Q: Unlike many contemporary bands who rely on keyboards and synths to fill out their sound, you’ve chosen to stick with a guitar-driven sound. Yet with your three or four instruments, you manage to vary the texture frequently and creatively. How do you come up with your ideas?

It’s all tone crafting; if you know a lot about digital synthesis, analog manipulation comes naturally. A lot of the songs we write are influenced by a specific sound we get from pedals, amp modifications, or guitar tone.

However we might use keyboards or synths in the future – who knows?

Q: I’ve observed that your courageous vocal style also expresses a wide range of pitches, timbres, and expression. What influenced you in growing this style? What advice do you have for up-and-coming musicians in finding their own voice?

Ben: The classic and jazz training helped me grow my personal style in my own music. I was exposed to a wide variety of music from an early age and was always singing along. It wasn’t until junior year in high school, when I joined our school’s vocal ensemble, that I began real vocal training. By the next year I was the president of the group and we were headed to Italy to perform at the World Fair.

”It’s all tone crafting; if you know a lot about digital synthesis, analog manipulation comes naturally.”

The advice I would give to up-and-coming singers would be to not try to emulate someone else. I think it’s amazing to see influences in music, but if you are trying to find your own voice, it will come organically. A lot of the time I will use scratch vocals in order to hear melodies and harmonies within the music. The lyrics will come from what you feel from the music, they shouldn’t be forced.

Q: For those in our audience who don’t know the term, “scratch vocals” are vocal tracks recorded as works-in-progress until the final vocal line, lyrics, and tone are determined. That way the band has something to play off of while building a song, and  you can listen back and tweak and build into something really great.

That organic “building and growing” approach to vocals really showcases itself well in Carpool Tunnel’s music.

Also differing from many bands, your musicality seems to be very interactive. What musical qualities do you see in each other that makes it so much fun to play together?

There’s always a playful nature when we play together, so everyone is always in a cheerful mood. The judgement-free environment we cultivate allows us to express all our ideas, expanding our creativity. We all feel the emotions of music similarly, and we’ve all put in years of practice before meeting each other.

Q: So the band dynamics create the perfect platform to write music – please tell us more about the songwriting process itself.

Most of our songs start off from random ideas we play around with in the studio. If anyone hears something cool, we’ll yell, “Wait, what was that?”

Then, ideas start flowing and we’ll build off each other. Often other times, one of us will write a single riff and bring it to rehearsal. Several practice sessions later, that riff develops into an entire song.

Q: It’s clear that the studio is huge in your creative toolbox. Yet Carpool Tunnel is on the road a lot. How has the band been shaped by a very active tour schedule, personally, musically, and professionally?

We’re always on the verge of getting fired from our day jobs because we call in sick to play shows! Musically, touring has helped us become tighter as a group, playing night after night. Professionally, it has helped us adapt quickly on the road to shows that might not go as well as planned. We try to make the most of every show we play and are constantly looking for ways to improve our craft.

Q: Touring, while being an excellent opportunity to grow your chops and fanbase, can be an exhausting ordeal. What advice do you have for others in maintaining their professionalism and sanity on the road?

Truck stops are your best friend! We’ve had to sleep on our gear in our van a few times and the showers and overnight parking at truck stops are a blessing.

One last thing before you go: any other musical and professional advice for the aspiring musicians reading this?

Make sure to stay active on social media. We are blessed with today’s technology – it provides an enormous platform. And always make sure to respond to emails promptly!

Isn’t that the truth! Thank you all for sharing your origin story, musical sensibilities, and the secrets to staying sane on tour. Please stay in touch – we look forward to hearing more releases from you in the future.

You can hear more of Carpool Tunnel’s music on Bandcamp and YouTube, and be sure to follow them on Facebook for news and upcoming tour dates!

The Search for Musical Collaborators

Carpool Tunnel’s genesis may have been somewhat serendipitous, but it was largely the result of a deliberate search by four individuals – a hunt for collaborators facilitated by the amazing Vampr app – who shared their musical sensibilities, dedication, and vision.

The result? A band with an interactive dynamic, wide-reaching influences, and a willingness to give all ideas a chance – and riff on them until they become the backbone of a new song.

Take a page out of Carpool Tunnel’s book when you’re evaluating potential musical collaborators. Are their goals in line with your goals? Do you feel as you can bring musical ideas to them and get positive, curious responses? Are they willing to bring the same level of dedication to practicing, organizing gigs, and ensuring the band thrives?

If the answer to all of these is “yes” – congratulations! You’ve got a great musical sidekick on your hands. Pick up your instruments and get to work!

The post A Meeting of Musical Minds, with Carpool Tunnel appeared first on Musical U.