We’ve all had to learn a passage of music where the rhythm seemed simply impossible to nail – maybe it was in a bizarre time signature, or perhaps there were indecipherable flurries of sixteenth notes and rests that were hard on both the eyes and the hands.

Though complex rhythms are one of the most initially intimidating elements we come across when learning music, if you sit with them for a little bit, you’ll notice you can break them down into smaller components to better understand and play the tricky passages.

There are several ways to simplify complex rhythms, and one of the most versatile ones is to reduce them into groups of 2’s and 3’s. This is not meant to replace regular counting, but rather act as an additional tool to help you quickly and easily internalize challenging rhythms.

By the end of this article, you’ll understand how to apply this method of subdivision to a variety of simple and complex time signatures in order to internalize, read, and play through seemingly-complicated meters, beats, and patterns.

The overview and math (I promise not too much of either!) 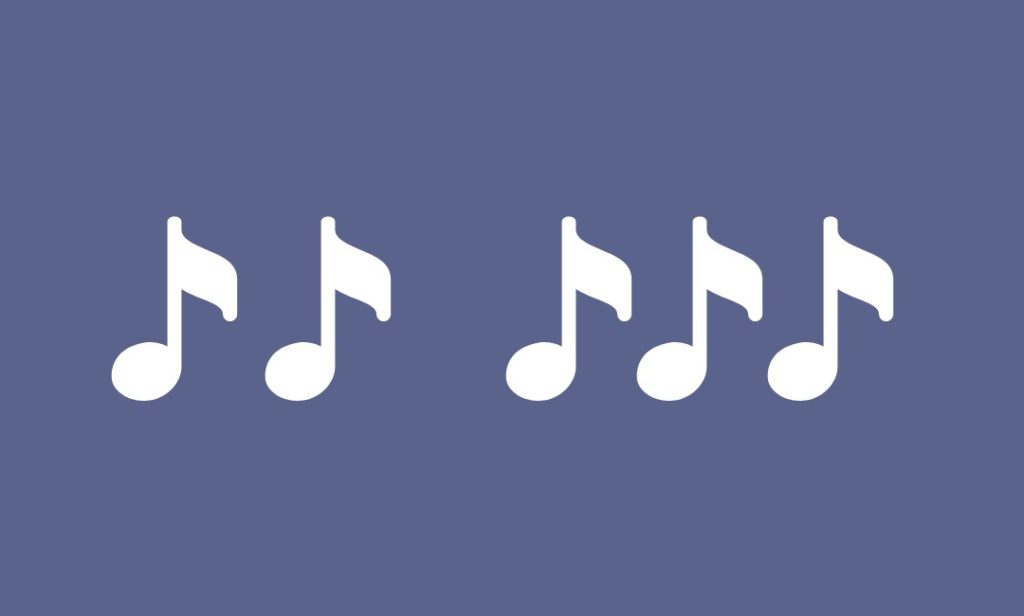 If you’re confused, I completely understand. What I am saying, in short, is that every beat needs another beat to give the first beat meaning in a rhythm. If you see a quarter note, does it really matter if it is a quarter note unless there are other notes? Even if it is given a tempo, it still has no rhythmic meaning alone. It is just one sound.

Why does all of this matter?

A great way to figure out tough rhythms, whether you are singing, playing, writing, conducting, or clapping along with music, is to subdivide them into smaller components.

We subdivide by finding the smallest rhythmic element that is present in a passage, and then thinking of everything in terms of that element.

What is the correct subdivision to use in these passages?

But once you have it all broken down, how do you make sense of all these small subdivisions? The approach to subdivision that I am writing about here is breaking every rhythm into 2’s and 3’s – or subdividing everything into groups of 2’s and 3’s.

2 is the smallest grouping we can use to subdivide things. However, you will only get even rhythms and meters if you keep adding 2’s together. This leaves out odd meters such as 5/4, 7/8, or even the basic meter of 3/4. So, to read both even and odd meters, you will need to have 2’s and 3’s – adding 2’s and/or 3’s can make any other number.

Okay, enough math. Let’s dig in and break everything down into 2’s and 3’s, to give you some tools to tackle those tough rhythms.

Let’s start simple. How about reading 4/4?

If we break 4/4 into two parts of 2, we can see the rhythms clearer. Take these two passages that look different, but are actually the same music:

The beats of 4/4 are more clearly shown in example B, by using a tie to expose beat 3 (the second, tied “D”). Showing all of the beats helps us feel the pulse, and in turn helps us more easily understand the rhythm. To test this, try keeping a steady pulse going (e.g. on your lap, as a clap, or with your foot) and say/sing the melody in A. Then, do the same with the melody in B. Professional musicians prefer B because it shows the beats, and helps align the melody with the tempo and meter they are using.

But what if you still cannot get the rhythm? You can break down rhythm B into groups of two and three eighth notes:

By not only dividing the notes into 2’s and 3’s, but also feeling them when you play the passage, you can more easily grasp the rhythm. Sound it out in your head, clap it aloud, or sing it – it will come naturally after some trying.

Try using this subdivision method with some simple time signatures.

3/4 is a pretty simple meter since it easily fits the basic rhythmic groupings:

Let’s work out an example in 3/4. Here is the passage:

However, that may not help us learn the rhythm completely. Let’s subdivide each of those three beats into 2’s:

With every eighth note accounted for, we use a pulse of two eighth notes to ensure we know where each rhythm of each beat lies.

The music switches between these two. It has a few other meters in it, so make sure to listen for the 6/8 when it is there, and know when it is not there. The song’s 6/8 sections may even be felt in 3/4. The feeling of three beats (3/4) in 6/8 is a common musical rhythm called a hemiola – keep your ears open for hemiolas in other works in 6/8.

By the way, there is no 4 + 1; there is always an underlying 2 + 3 or 3 + 2 structure, regardless of how it is notated. I remember my first piece for orchestra had the string section baffled in a 5/4 bar that was notated 4 + 1. It really was 2 + 3 when you listened to it, but it brought the rehearsal to a standstill because I wrote it incorrectly as 4 + 1. There is no “1” in rhythm, but there is always a 2, a 3, or both. As I learned in rehearsal, these 2’s and 3’s are not only great tools when dealing with tough time signatures, but also musical rules that have stood the test of time by the ability of performers to understand them quickly and easily.

To help master this, I recommend figuring out the rhythms to Rush’s song “Driven”. Not only does it use odd meters, but it changes between them constantly:

Once you’ve worked through one phrase, watch out! Many times the repeat of a phrase is not an identical repeat. The band plays tricks on us by changing the music the second time around in many places.

Advanced Application of 2’s and 3’s: Syncopation and Other Complex Rhythms

Now that you have seen the complex ways in which meters can be subdivided, try applying this more closely to the rhythms inside them.

One application is syncopation: the emphasis of beats that are not native to a meter. Syncopation most commonly begins with a grouping of 3 in a meter that has an emphasis on groupings of 2. Our first example demonstrated this nicely:

Let’s crank it up a notch with this example. Find the smallest unit, and use it to divide the rest of the rhythm up into 2’s and 3’s:

Per our mini-quiz at the beginning of the post, we see the smallest unit is a sixteenth note. So, we will use that as the unit for subdivision. (The last measure does not necessarily need to be subdivided if you have a good pulse of 4/4 in your head.)

You may notice that it is best to take this approach slow at first, and then speed up the tempo. This is also a very tricky passage rhythmically (which is precisely why we are examining it). In addition, there are multiple ways to divide the first two measures: you can swap out some 2’s and 3’s for 3’s or 2’s, depending on how you want to feel the music. You may also notice that not only is everything divided into 2’s and 3’s, but the last three beats of bar 2, and the whole note in bar 3, are broken into larger groups of 3’s and 2’s, to make things easier than counting a series of sixteenth note groupings of 2.

Here is another example – use the same method as above to divide the following into 2’s and 3’s:

Note how sometimes I use the same rhythmic subdivision of sixteenth notes for parts of the passage (like the example above), but switch to other subdivisions (such as eighth notes or thirty-second notes) to make things easier to understand:

Here is a final example; this one is a bit tricky because of the other musical markings and ornaments involved:

Ignore the repeat signs, dynamics, the grace notes (i.e. those smaller notes) and all the other markings for the purposes of this exercise. Once you do that, breaking the melody down into 2’s and 3’s becomes quite straightforward:

Repertoire lists for reinforcing your skills

Here is a list of repertoire in certain meters to get you started. Please note that some of these songs have mixed meter, but the “mixed meter” category has the songs to specifically examine closely for learning this.

Try feeling everything in these pieces in groups of 2’s and 3’s:

I realize that for most people, including music professionals, this is a complete re-envisioning of the basic methods of counting we all are taught and take for granted. This 2’s and 3’s method takes a long time to internalize, and is not intended to replace counting; rather, it is an additional tool to help figure out rhythms in music more efficiently and effectively. This is a very simple overview of this approach, and the examples given are only for starters. There are countless other ways you can apply this.

For now, work through figuring out the rhythms in the examples provided above! Start simple. Work things out on paper. Stop after a half hour, then come back later in the day to see if you remember how things went, and if you can figure things out again from scratch.

And of course, enjoy the “Eureka!” moments along the way, as you learn to recognize patterns of 2’s and 3’s that occur in music, and how they help guide the rhythm and feel of the piece.

Even the most complicated rhythms can be broken down into basic building blocks. What are some strategies that you use to internalize, play, and sing tricky rhythms and melodies? 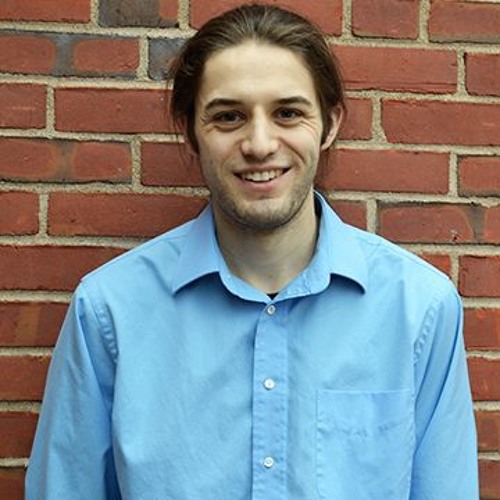 Dan Lis is a composer and the creator of Composer’s Toolbox, a blog that explores music composition from all angles – technically, professionally, and artistically.

The post Counting Music in 2’s and 3’s appeared first on Musical U.