Whether you’re just starting out or have been improvising on your instrument for a while, you know that one of your tasks is choosing the right notes to play.

To the uninitiated, this seems like the biggest headache.

Thus, many start learning a lot of scales and arpeggios so that they’re finally sure what notes to play in their solos.

What happens to many players (including myself, for a long period of time) is that they end up knowing a lot of scales and arpeggios without being able to improvise correctly on one.

They know what notes to play, but not how to play them.

Note: All examples I will use from now on are based on guitar improvisation. The general concepts on using rests creatively apply to any musical instrument, but anything related to technique applies specifically to guitar players.

There are many phrasing techniques that you can learn to make your guitar solos shine, the most notable being string-bending and vibrato. And there’s a lot of information on the Internet on how to execute them.

A phrasing aspect that is rarely discussed, however, is the use of silence.

There’s nothing to learn, no? You just don’t have to play anything.

True, technically there isn’t much to learn, though things like muting strings correctly on guitar do have a learning curve. 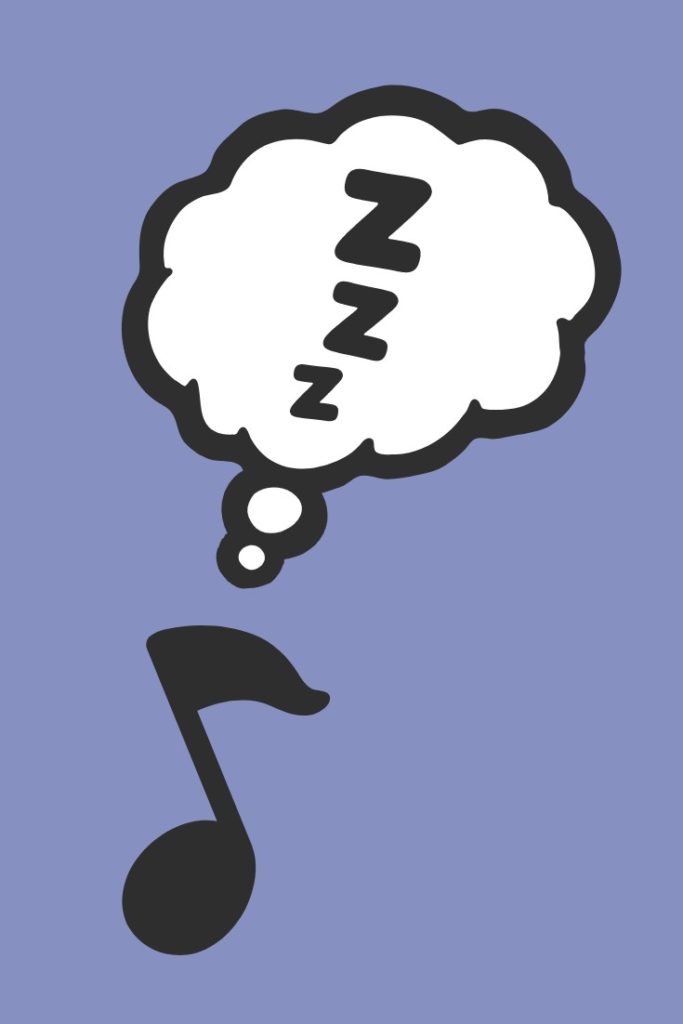 What happens to many guitar players is they think that since there isn’t a lot of technique involved, there isn’t much to learn in using silence.

Except that there is – you need to know where to put the silence, for how long, and why. You will get better at the first two by studying music theory, training your ear and gaining experience in improvisation.

In this lesson, we’ll deal more with the reasons for using rests as well as put them in different contexts through the examples. I will take it as given that you already know the symbols of rest values. If you don’t, give yourself a crash course and come back to this lesson.

Rests have numerous roles in music composition, and the examples below are just a few reasons for why and how you should use rests in your playing. Once you start seeing rests as an improvisation tool, you may discover different reasons for using rests and inserting them in different places to improve your improvisation.

For the purposes of this lesson, we’ll be exploring the following three reasons:

We’ll be looking at examples of melodies without and with rests, and dissecting how inserting a bit of silence here and there changes and enhances these melodies. Let’s dive in!

While there is nothing wrong with the melody below, I find it rather uninteresting:

There are many alterations that can be done to make this melody more interesting, such as bending the last note of the first bar up a whole tone, adding vibrato to some of the quarter notes, or playing the first four notes of the second bar legato.

Alterations to the rhythm such as adding some sixteenth notes before the final note, or playing around with dots in front of the quarter and the eighth notes are all options you can use to make such a melody more interesting.

The other option, as you’ll see in the next lick, is to also play around with silence – short periods of silence in this case:

The melody in Example 2 is more appealing to the ear and sounds more fast-paced.

The only difference between the melody in Example 2 compared to Example 1 is that in the second melody, I’m changing half of the quarter notes into silence.

The first two quarter notes in the melody are stopped halfway and replaced by an eighth rest.

In the case of the third quarter, I’m starting with the silence (rest) on the beat and I introduce the eighth note on the second half of the beat.

Needless to say, rests can be used together with other phrasing techniques. In the next example, I’m using rests, a bent string, and an alteration in the rhythm at the beginning of the second bar to add even more flavor to Example 1, like so…

Once you start thinking of these techniques as options in your creativity palette which you can pick and choose at will, you will find that the opportunities to spice up a melody are endless.

For the purposes of this article, however, let’s stick to rests – and explore another possibility where they can be used creatively.

Before I fully realized the power of silence in rhythm guitar playing, I used to add as many rhythmic subdivisions as possible trying to make my rhythms stand out.

And sometimes they did stand out. Adding rhythmic subdivisions is a good way to add flavor to your rhythms.

Yet, it is when you add silence that your rhythm will start getting that choppy sound some rhythm guitar players are looking for.

I will show you a few examples to demonstrate this. The first is a reggae-style riff that would lose most of its effectiveness if it wasn’t for the silence on the first half of each beat:

The next, a punk-influenced power chord riff, is also made effective by the strategic use of rests:

Once again, there are other phrasing techniques that could be applied to this riff, such as palm muting. However, the rests are enough to break the monotony that can be created if you only play a succession of power chords.

The next example is a simple blues shuffle.

The ways you can use rests to add variety to your riffs is endless. The following are some great riffs in which rests play a significant role in making the riff stand out:

The number of guitar riffs that include rests is next to infinite. The above are just a few iconic riffs that struck me for their brilliant use of silence.

If you’re playing rhythm on any instrument, think of rests as another option you can use to spice things up.

The next lick I’m using has only one rest: an eighth rest before the final note.

The last note, an A, is the root note of the minor pentatonic scale I’m using. The note before the last creates suspense, accentuated more by the heavy use of vibrato, and wants to resolve to the last note.

Our ear is waiting to hear resolution to the root note and that short rest (which can be longer, depending on context) delays hearing the desired note, which in turn makes it sound more pleasant and satisfying when it is actually played.

Getting Creative with Silence

Though there are many reasons for using rests in music, the above should be enough to give you an idea on how you can use them in your improvisation.

However, “simply knowing” things about music is not enough to make you a great player. You also need to apply them.

The following are a guitar lick and a guitar riff you can use to experiment on. Use rests, as well as other phrasing techniques discussed above and try to make them more interesting.

First, learn the riff as is. Then – it’s time to play! Feel free to add or remove notes or chords, or change the note durations. You can change them to the extent that you wouldn’t say it’s the same lick or riff anymore!

The goal in improvisation is to create, not just to copy!

The lick in Example 8 could do with some silence, as well as some string bending and vibrato on the longer notes. Use your creativity to make it as melodic as you can.

For example, what would happen if you put a rest instead of a quarter note in beat 1 of measure 2? Or, how would the overall sound change if the eighth notes in measure 3 were consecutive sixteenth notes, with a quarter rest separating them from the last G note in the measure?

Remember: your options in using rests do not just include shortening notes to insert silence, but also to replace notes for rests completely.

The same counts for this power chord-based riff:

After you’ve played around with the above lick and riff, it’s time to create your own. Don’t focus on using too many notes – in most of the examples above, I’m using only the same few notes.

Focus on how you are playing the notes and chords you are using, always keeping in mind the role that silence can play in the whole thing!

The reason I love these phrases is that they reflect how I approach learning music nowadays.

In the early days, practicing guitar and learning music theory were just a means to an end. I wanted to become good as soon as possible, so practiced a lot to achieve my goal (to join a band and become a rock star!)

While approaching practicing like this can work, it’s very easy to kill your dream along the way.

Today, I see every new thing I learn as a new option. I don’t practice to reach some loosely defined dream (though I have clearly defined goals) but to add more options to my palette, every single time I practice my guitar (or learn music theory).

Whether you’re learning a scale, a chord, a technique, a concept, or a rhythm, think of it as a new option you didn’t have before you started practicing.

And what I’ve tried to show you in this lesson is that among your many options, you also have the right to remain silent, or rather, use silence to your convenience when improvising.

Less is certainly more in this case – experiment with leaving some blank spaces in your music to create tension and release!

Robert Callus is a guitar player, music teacher, songwriter and blogger from the island of Malta, Europe. On his website Learn Guitar Malta, he does his best to convince you that learning music and getting hooked on the process is in fact a road to happiness and will teach you, not only how to play music, but also how to use it as a vehicle to happiness.

The post How to Use Rests Creatively When Improvising appeared first on Musical U.