TagsAh, the age old question! Just what do music and business have to do with each other? Quite a bit, it turns out. When Musical U founder Christopher Sutton recently appeared live on Steve Palfreyman’s Music Launch Hub – Mastermind Tribe, they discovered a lot of common ground between the best approaches for musicians to take when practicing, and when working on the business side.

The Facebook group Music Launch Hub represents a vibrant community of musicians and bands that are out there helping each other to make it happen. Members of this growing Mastermind Tribe work with each other on everything from the musical nitty-gritty to large scale sophisticated marketing campaigns.

So many musicians assume that they know how and what to practice, but wonder why they’re not getting the results they desire. In this installment, Christopher answered the community’s questions about the best practicing mindset for optimum musical growth:

Steve: Beth finds it tough to focus when she’s practicing. In terms of figuring out how to create a good practice schedule, what would you suggest is the best way to actually be able to sit down and get a good, productive session in – and not just want to get up after five minutes?

Christopher: First off, it’s just great to ask this question because there’s a lot of musicians that don’t give any thought to how they practice. Maybe they’ve been learning with a music teacher. They get their homework each week and that’s basically all they do and they feel satisfied if they check the boxes. 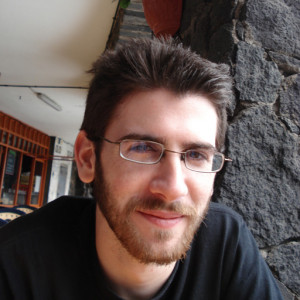 As you well know, Steve, there’s more to it than that. You’ve got to think through a bit more about what you’re trying to accomplish and how to get there.

I’m coming at this from maybe a different perspective from a lot of music teachers and a lot of musicians who’ve learned in the traditional way. For me, this was a discovery – that I could take responsibility for my music practice in this way.

I’d love to unpack this into a few pieces because it’s just such a big question. One area is about time: “When should you practice music? How do you schedule it into your day? How much time do you need?”

Another area is about what you should be using that time for: “What are the important things to cover in your practice time? How can you make sure the time that you do have is really effective and is going to give the best bang for your buck?”

To dig into the first of those: once they get past school, a lot of musicians really struggle to find time for music.

I think a lot of people in your community are in this situation where music may be more than a hobby – maybe they’re doing it on a part time basis or they’re earning some money with it. But it still has to exist alongside a lot of other interests and responsibilities.

So I have a few tips I give for this. First off, just don’t be too ambitious with it. 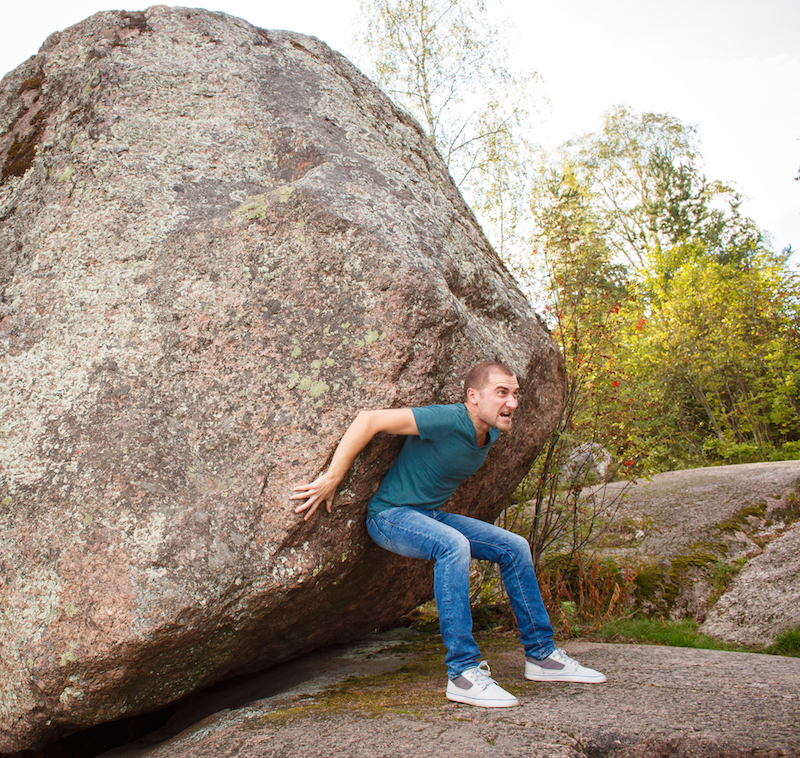 You know, as far as music is concerned, it’s much better to set aside 15 minutes a day and do it every day than to try to set aside four hours on the weekend to do a mammoth session.

A little and often works much better than kind of big bursts of enthusiasm and finding the time and then two weeks pass and nothing happens. So try to be consistent rather than too ambitious with how much time you set aside.

Another thing that has helped a lot of our members is the idea of music time where you give it that label and you say “Look, from six until six-thirty is music time. That’s that. I’m going to be there every day.” It’s an appointment – like you’d treat a dentist appointment or requirement that you pick your kids up from school. Six to six-thirty is music time and that’s that. For some people that works great and it gives them that sort of rigidity to bother making it happen each day.

For other people their schedule is wacky and every day is different – so that’s just not realistic.

So for these folks, the strategy is to accept that it’s just going to happen when it happens. You know it might be first thing in the morning because you’re going to be waiting for your ride share and you’ve got the time to spare, or you might be doing ear training on your phone while waiting for the bus. Or you might find that the day flies by and you’ve got to do it at 11 pm before you go to bed.

But you still have that determination. I will carve out my 15 minutes and I will do it everyday.

Some combination of those tactics tends to help people find the time on a consistent basis. Hopefully that covers when to do it and how much to do it. 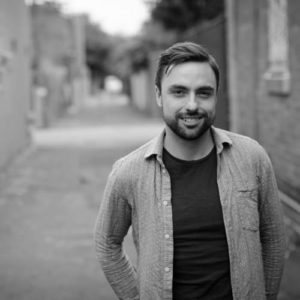 Q: I think that’s really cool because when I’m talking to artists about how to find time for the business side, a lot of the conversation is around “Hey make sure you’ve got time for your music first and then also commit some time for the business stuff but don’t make it 50-50. Make it like here’s a bit of business stuff. Make sure the stuff that you love doing is the most important piece.” We’re talking about similar things on different sides – it’s about blocking off those little bits of time. Makes all the difference, Aye?

For sure and you’ve touched on something important,  which is “What should you be practicing? Why is that passion, that energy, that enthusiasm is so important?”

If you find yourself in the situation where you’re not finding time for music, one of the first things to ask yourself is, “Am I lacking the enthusiasm to make it happen?” Because if you’re super bored with your repertoire, if you’re practicing scales for hours on end and have no interest in that, you’re not going to find the time to practice, right?

Be Honest with Yourself – and Make it Fun

You’re going to find time for things you actually enjoy. And that’s the reality of it.

So it is essential when you’re planning what to practice, that you honestly answer these kinds of questions: “What do I enjoy practicing? What is it about music that gets me pumped up? What’s going to make me look forward to that fifteen minutes each day rather than dreading it and feeling that it’s an obligation?” 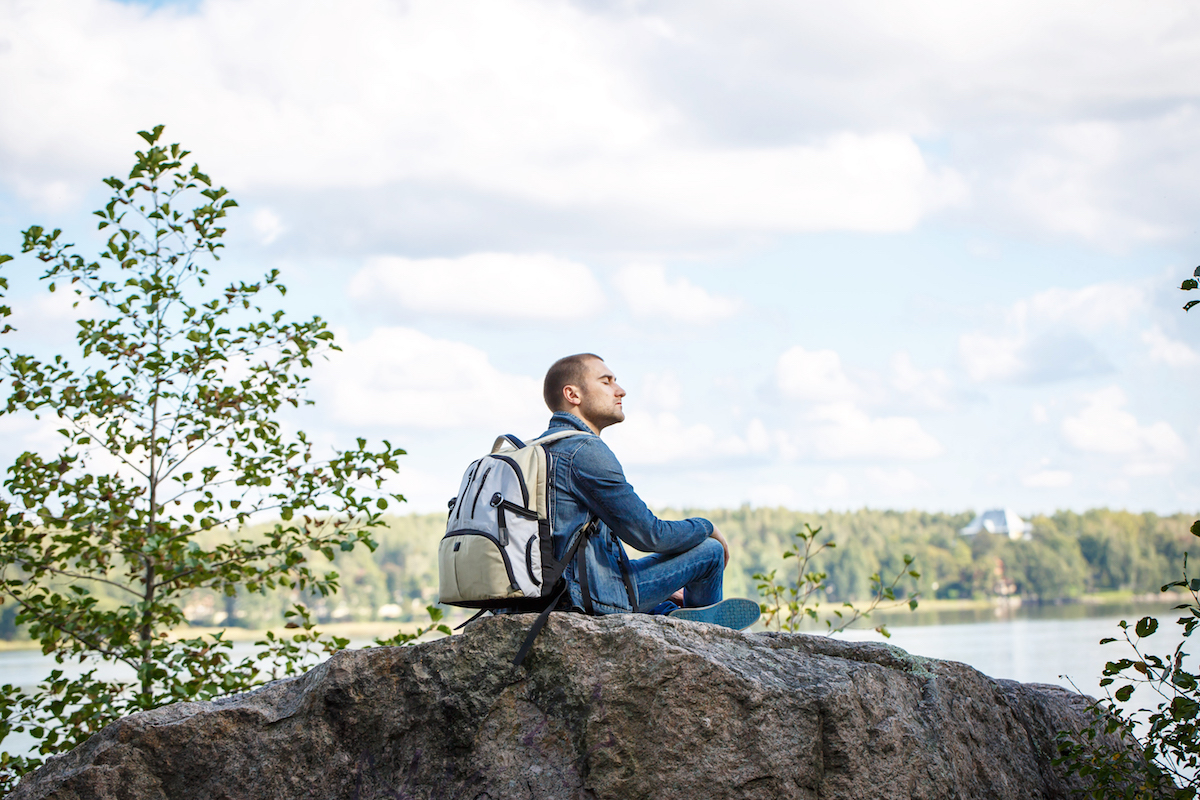 Q: Absolutely. I remember when I was younger and gung ho about practicing. My teacher would always give me things that I enjoyed doing but also things that were super hard.

So he taught me the advantage of feeling that discomfort and then achieving something. How often should we be getting uncomfortable in the stuff that we practice? What do you find works for people?

That’s a great question. So this is a big part of the “how do you get more from your practice time” question because you’ve basically got a spectrum. You’ve got just sitting down and playing your instrument for fun, that you enjoy a 100%, but, realistically, is not going to really improve anything… And so that’s one end of the spectrum where it’s a lot of fun but not very productive, not very helpful.

But on the exact opposite end of the spectrum, you have the kind of serious hardcore technique work that almost doesn’t feel like music but you trust that it is making you a better musician. And the enjoyment factor is probably zero – but it is going to make you a better musician tomorrow than you were yesterday. 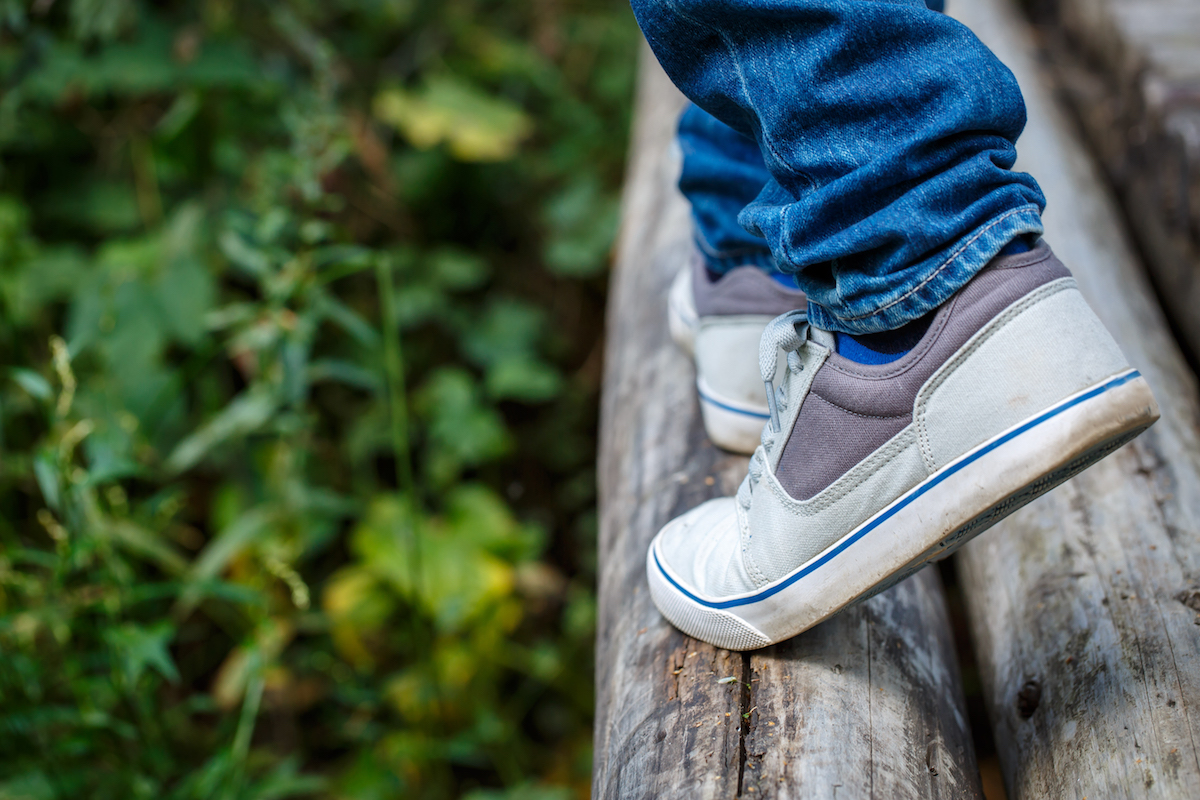 The main advice I give on this front is to try and nudge yourself toward that end of the spectrum. On the more uncomfortable end, there’s a concept called deliberate practice. There’s a formal scientific definition about the four things that make practice deliberate rather than just generally practicing. But the very loose definition is that deliberate practice means forcing yourself to spend practice time on the things you find most difficult.

To give a concrete example, let’s say I am learning to play “Let It Be” on the guitar. I can sit down and play through the song and maybe I’ll stumble in parts and there are bits that I find easy and I always struggle with that F bar-chord or whatever the case may be. If I just sit down and play it three times and call that a practice session, that’s okay. I’ll probably improve if I do the same thing day after day, I’ll get over those rough spots and eventually I’ll be able to play it fluidly without any problems. 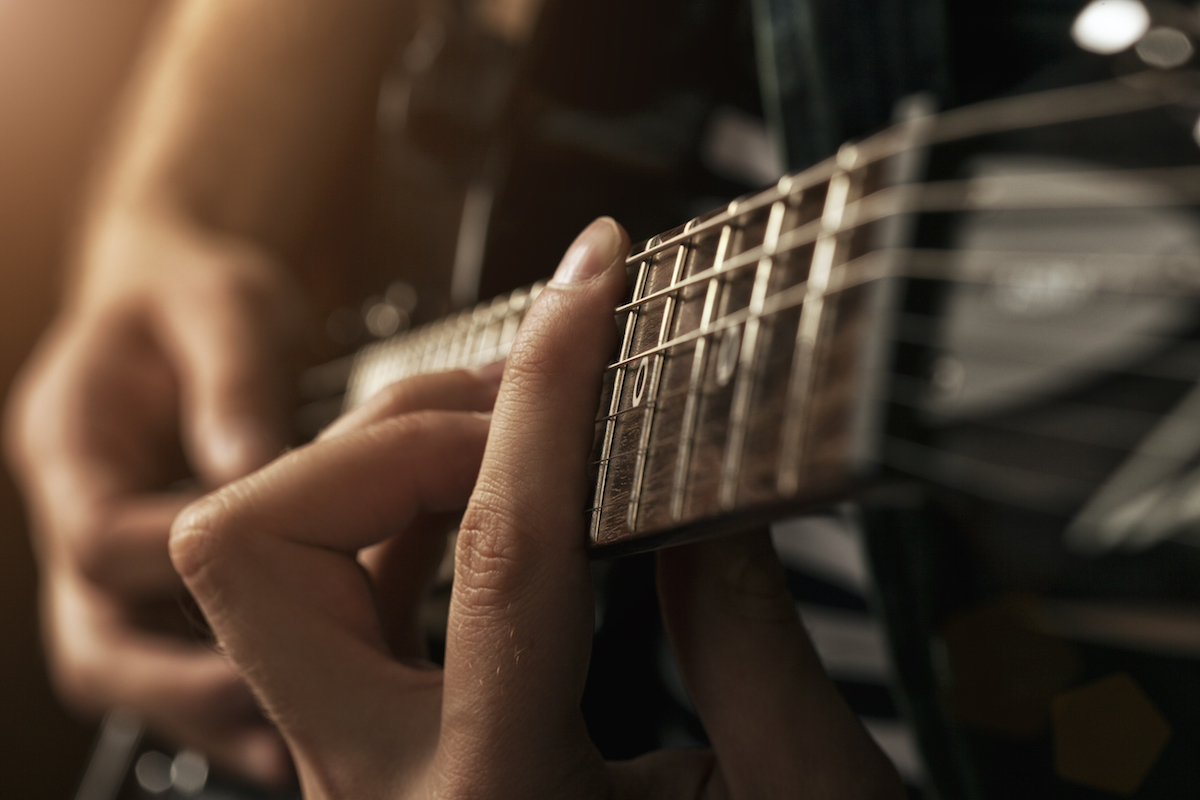 But deliberate practice says that, if you want to improve faster, notice where those problem spots are and instead of spending your time playing the song three times, play the song once. Find those trouble spots and spend the rest of your practice session just working on those. And tomorrow you’ll probably find you’re three times as good as if you’d just played through the whole song a few times.

Q: That’s so cool. And it’s actually really interesting having this conversation because it’s occurred to me that a lot of the work that I’m doing on marketing strategy with artists, regardless of the stage that they’re at, whether it’s early days on or they’re on a release cycle – we’re actually doing similar things, which I hadn’t really thought of.

I always want to hone in on the stuff that’s almost like the little knot, the bit that’s keeping them stuck and we focus on that. We unlock that piece and then the next piece of the marketing strategy, whatever’s going on. Often it’s time management, often it’s working out the plan. You start to unlock some of those pieces and then everything starts to fit …  and everything else that was feeling really overwhelming starts feeling easier. Really interesting just to realize there that (the business side) is the same really, very similar process to learning or improving on your instrument.

Absolutely it is and it’s the kind of thing where if you’re 20% good at most of the song and then there are a few problem spots, your average ability is going to go way down because those problem spots are dragging down the overall quality. You can try and bring everything up a notch by playing the song again and again, and you gradually get better at everything – but actually, if you just knock out those problem spots, your average jumps up dramatically because you’ve got rid of those things that are really dragging you down.

And that’s why deliberate practice and the deliberate approach to learning marketing or teaching everything that you mention is so effective. It finds those points of leverage that are really holding you back, the bottlenecks, and it says, “Let’s just crush those, and then everything else will be easier.” 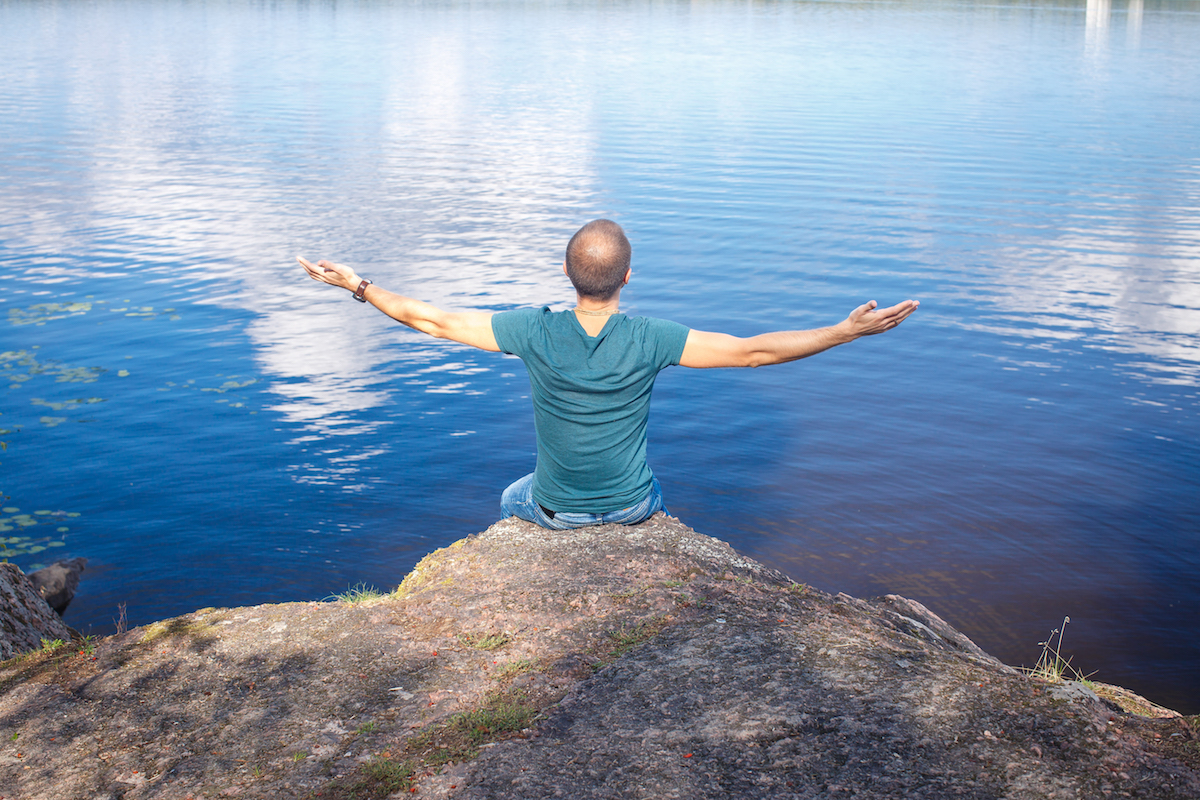 We love music, we’re passionate about it. Music is where we want to spend our time. And it’s easy to want to put our time and attention on the music side of life – until we get hungry.

But music and business are not opposites. In fact, we build many skills in the course of music practice that are transferable to any place we want to produce success in life. When we practice music, we learn to effectively manage time, mental attitudes, what we put our attention on, and overcoming our own resistance to change and growth. These skills, in turn, will serve us in whatever we want to accomplish in life.

So be honest with yourself: what have you really learned from music, and how will you apply that learning today to move forward on all fronts?