We’ve all heard the saying, “It’s just like riding a bike.” It’s a cliché for a reason, as it points to a fundamental aspect of how we learn and to the amazing brain trick known as muscle memory. When we do something based on muscle memory, like dribble a basketball or type without looking at the keyboard, we don’t mull over each movement or decision – we operate unconsciously, instinctively.

The same can happen as we build music skills, allowing us to advance from one technique to the next without having to stop and think about what we’re doing.

Despite the terminology, muscle memory has nothing to do with your muscles – it happens in your brain. As demonstrated in a 2010 study published in the journal Nature Neuroscience, scientists can detect physical changes in brain matter as people master new skills. To put it simply: when we perform the same physical task over and over, stronger connections form between the different parts of the brain that are required for that particular skill. As these connections strengthen, we are able to perform the task faster and with less conscious effort. 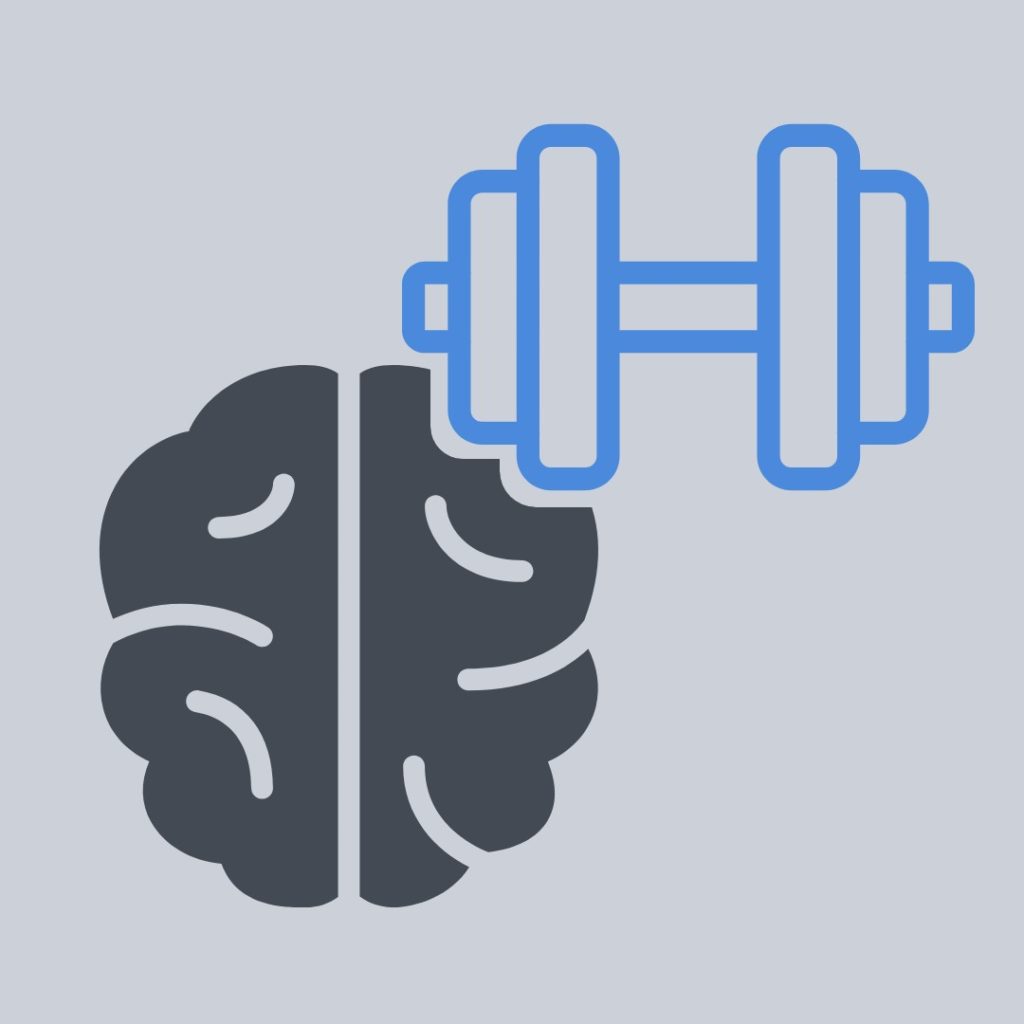 As Ainslie Johnstone, a Ph.D candidate at Oxford University’s Wellcome Centre for Integrative Neuroimaging, pointed out in a recent post on Medium: “Over time, with continual practice, actions as complicated as riding a bike, knitting, or even playing a tune on a musical instrument can be performed almost automatically and without thought.”

It’s easy to see how muscle memory can help you master that tricky chord change, but how do you exercise your brain, anyway? As Johnstone points out, it’s all about “continual practice,” but you’ll build muscle memory much faster if you trade mindless repetition for strategic habits that give those neural connections a workout. Try these three tricks to harness your brain power to build musical skill.

Beginners often think there’s no point in practicing unless they can devote a large block of time to it but in reality, the opposite is true. Playing your instrument every single day, even if it’s only for a few minutes, will serve you better than practicing once or twice a week for hours at a time.

This is not to say you won’t learn anything if you only play your instrument intermittently. You may very well play through your practice pieces without a mistake and earn a gold star from your teacher. But by growing accustomed to sporadic practice, you lean more heavily on the parts of your brain responsible for memorizing facts or formulas, rather than those associated with muscle memory.

“When it comes to learning skills, the brain has evolved in such a way that it has allocated certain parts to learning some skills and other parts to learning other skills,” Todd Maddox, who holds a Ph.D in computational and psychological science, wrote in Training Industry Magazine. The parts of the brain responsible for cognitive skills, such as mathematics, are entirely separate from those responsible for behavioral skills like throwing a football, driving a car, or playing a musical instrument, Maddox explains. 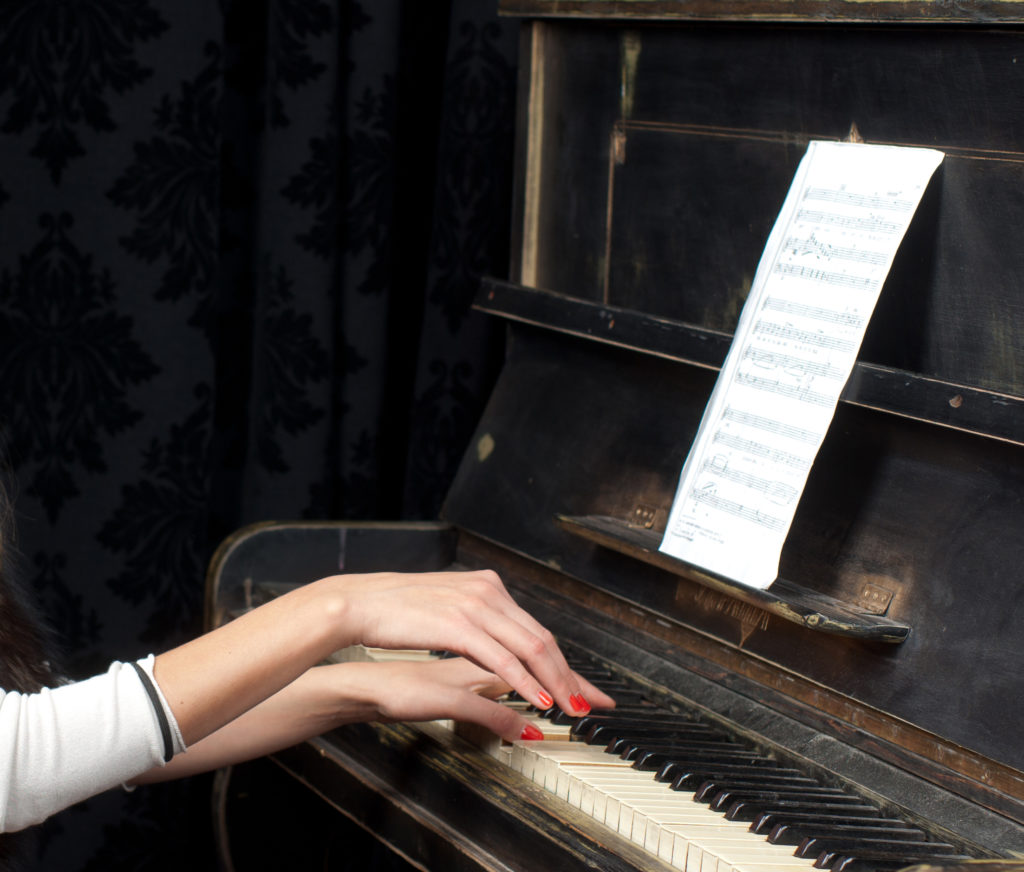 Think of the last time you showed up to a music lesson after running through your practice pieces a few dozen times the night before. You have the pieces memorized, but you find your fingers moving slowly and clunkily – and you have to focus intently in order to play through them without a mistake. “Even when we are proficient at [cognitive] skills, they still feel effortful,” Maddox writes. “We can’t shut off our brains when doing them, because we’ll make mistakes if we do.” When we master behavioral skills, on the other hand, “they feel effortless,” he continues. “It feels like we’ve turned our brain off.”

By playing your instrument every day, you move away from pure memorization and begin to activate the parts of your brain responsible for behavioral skill – allowing for faster and more instinctual motion.

When you’re just getting started, it’s tempting to try to play as quickly as possible. In our hurry to play as fast as the pros, we often strike that note or chord with whatever finger is closest – rather than consistently using the same finger or combination of fingers each time. This may save you a few precious seconds in the short term, but in the long term, it will only slow you down.

Let’s take a very simplified look inside the brain to understand why: a certain type of cells, called climbing fibres, are responsible for a great deal of the brain connections associated with fine motor movement. Along with helping our brains build connections that correspond with the right way to perform a task, studies indicate that these cells are keeping track of our mistakes, too. 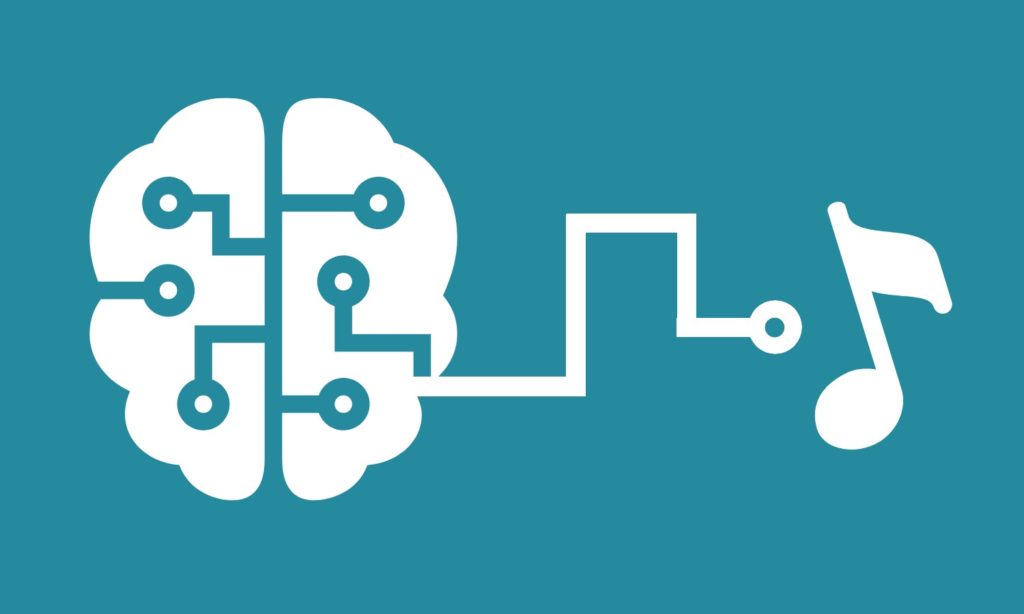 “Climbing fibres encode the degree of “error” associated with a given motor task,” Thomas Robb, legatus secretarii at the Advisory Board for Movement Disorders, wrote on the Oxford Neurological Society blog, citing recent research. “For example, when first learning to touch-type, the learner will be relatively slow, and make errors in their typing accuracy. Climbing fibres register these mistakes, and weaken cell synapses that are associated with erroneous motor movements.”

Over time, as the brain continues to log mistakes and successes, it effectively “declutters” itself by strengthening the pathways we need and weakening those we don’t – allowing for faster, smoother motor control, Thomas explains. When you play fast and loose with the way you use your fingers, you make it more difficult for those trusty climbing fibres to do their job, and it will ultimately take more time to reach mastery. In short, you may play a little slower at first, and that’s okay. Consistency should be your first priority.

3. Change Your Mindset About Practice

If you approach practice like a chore, it will feel like a chore. Building any new skill is difficult, but don’t lose sight of why you picked up music in the first place – because it’s stimulating and fun. Finding ways to maintain that enjoyment, even as tasks grow more challenging, will actually help you learn better than trudging through something you’ve grown to dislike.

”When we perform the same physical task over and over, stronger connections form between the different parts of the brain that are required for that particular skill. ”

My new book, Beginner’s Guitar for Kids with Winden and Squiggy, emphasizes creative play alongside music practice to keep learners engaged – but this tip isn’t just for children. A 2006 study published in the journal College Teaching found that university students recalled facts more easily when the professor included jokes about relevant topics. Another study, published last year in the Journal of Vocational Behavior, notes a strong correlation between fun activities in the workplace and employees’ overall learning.

Winden and Squiggy includes things like storytelling, coloring pages, and activities to keep lessons interesting for young learners. Try something similar to break the drudgery of your own practice: introduce other creative tasks you enjoy, such as drawing, writing, or working with your hands. Or, if it seems a better fit for you, carve out some time to yourself as part of your practice – listen to a favorite song, do some stretches, meditate for a few minutes, or just sit quietly and center yourself. Overall, just make sure you’re having fun.

A Fast Track to Muscle Memory

I’m not a neurologist, and there’s a good chance you aren’t either, but the science behind learning and memory is both fascinating and extremely practical. There are a lot of takeaways from neuroscience research that can help you structure your practice as effectively as possible.

Honing muscle memory is an important component of effective practice. Consistency, frequency, and a positive mindset will go a long way in helping you get those notes under your fingers.

Corey Klaus is a teacher and music lover based in Southeastern Pennsylvania. He is the author of Beginner’s Guitar for Kids with Winden and Squiggy, a book of guitar exercises for beginners that helps children of all ages learn the instrument on their level. Follow him on Instagram at @Corey_Klaus

The post Turn Technique Into Muscle Memory With These 3 Habits appeared first on Musical U.